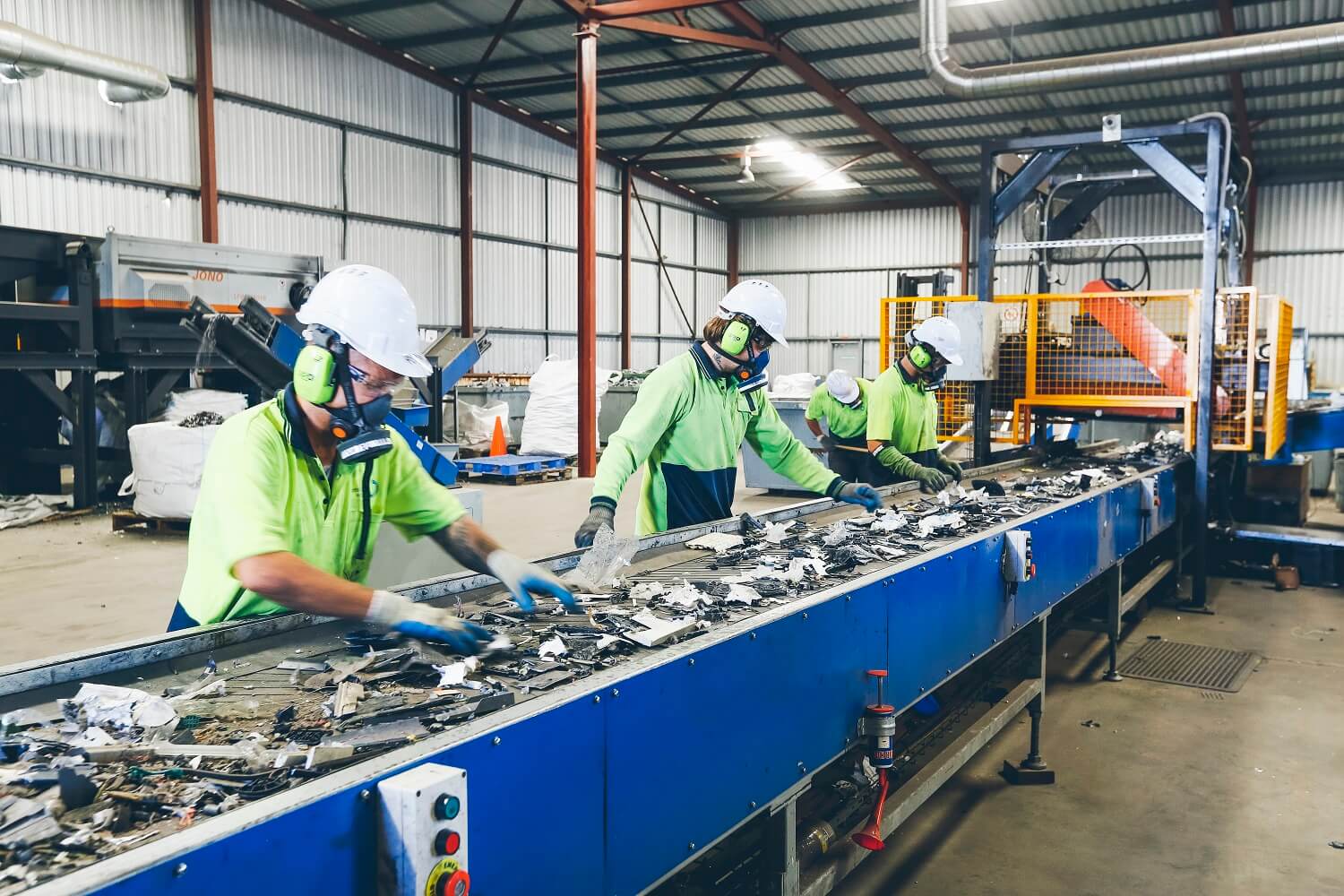 Being a GREAT Sort by:

"We wanted to choose a project that would make a net positive impact on the planet and do good things as its core business. We decided to build our business around solving the e-waste problem."

It was James and Michael Coghill’s entrepreneurial spirt and enthusiasm to start a business that would have a positive impact on the planet that saw them, while still at university, set up Total Green Recycling (TGR) in 2008.

They used to pick up things from the side of the road to supplement their incomes. Surprised by the sheer volume of electronic goods left on verges for council pick-up, they saw an opportunity to tackle a growing waste problem and increase the recycling-rates of resource-rich e-waste.

In 2008 the average e-waste generation rate per capita in Australia was 7kg per person per year, today it’s around three times as much! But thanks to TGR Western Australians are able to divert a lot of this from landfill now.

Western Australians produce around 25kg of electronic waste every year…and e-waste is growing at three times the rate of general household waste in WA!

What are they doing?

Did you know: More than 1/3 of the 140,000+ tonnes of TVs and computers that reach the end of their life each year go to landfill.

The below text is a transcript of the video "National Television and Computer Recycling scheme explained".

“Hi I’m James from Total Green Recycling and I just want to explain to you what the National Television and Computer Recycling Scheme is.

“It was brought in in 2011 and it's basically an extended producer responsibility scheme which means that the producers of the products become responsible for their disposal at end of life.

“It was brought in by the Australian Government to minimise the environmental impacts that are caused from disposing of electronic waste incorrectly.

“It covers everything that's a television or a computer or basically anything that plugs into a computer like a keyboard but unfortunately it doesn't cover things like DVD players, radios, vacuums and kitchen appliances but we’re hopeful that that will come in in coming years.

“So for those of you with unwanted or dead electronics please check out the free drop off locations which are displayed on our website. If you're a business and you might have equipment that can be reused please contact us directly or fill in the Free Quote form.

“For those that have got more questions please contact us on social media and we will be happy to answer you.”

What impact is TGR making?

What does the future hold for TGR?

"Total Green Recycling is advocating for a ban on e-waste going to landfill and has a goal of recycling 100% of the main sources of e-waste by 2020."

By 2020 TGR aims to recycle 100% of the main sources of e-waste in the state. The Coghills are front and centre advocating for a ban on e-waste going to landfill.

TGR are doing their bit and helping us all to do our bit too. TGR are looking at rolling out a new initiative in 2019 – Clean Up 2 Green Up – which will see TGR offer healthy green office plants to their office computer recycling customers.

How can YOU get on board?

There’s no doubt we love our tech and most of us have lots of gadgets and devices that we find indispensable. Before when it was time to upgrade or replace our old tablets, computers, TVs and other electronic goods they frequently wound up in landfill – now there are much better options!